START PAC becomes an official sponsor for the Red Bull Air Racing team pilot Kirby Chambliss. The Li2800QC will ensure that Red Bull uses its wings to continue to put on some of the most exciting international flying in the world.

Chambliss was born in Corpus Christi, Texas, United States. As a boy, he wanted to be a pilot. Chambliss became inspired by watching his father professionally skydive growing up, and was fascinated with the aerial stunts the plane would undergo while chasing the divers as they fell.[1] During his high school years, he fueled aircraft to earn money. By December 1975, at the age of 16, Chambliss debuted in solo flying after formal flight training,[1] and earned his private license the following March. In the beginning, he earned his living as a certified flight instructor and then as a night freight pilot.

**Please note: START PAC recommends that you do not place any items on an aircraft’s flight surface.** 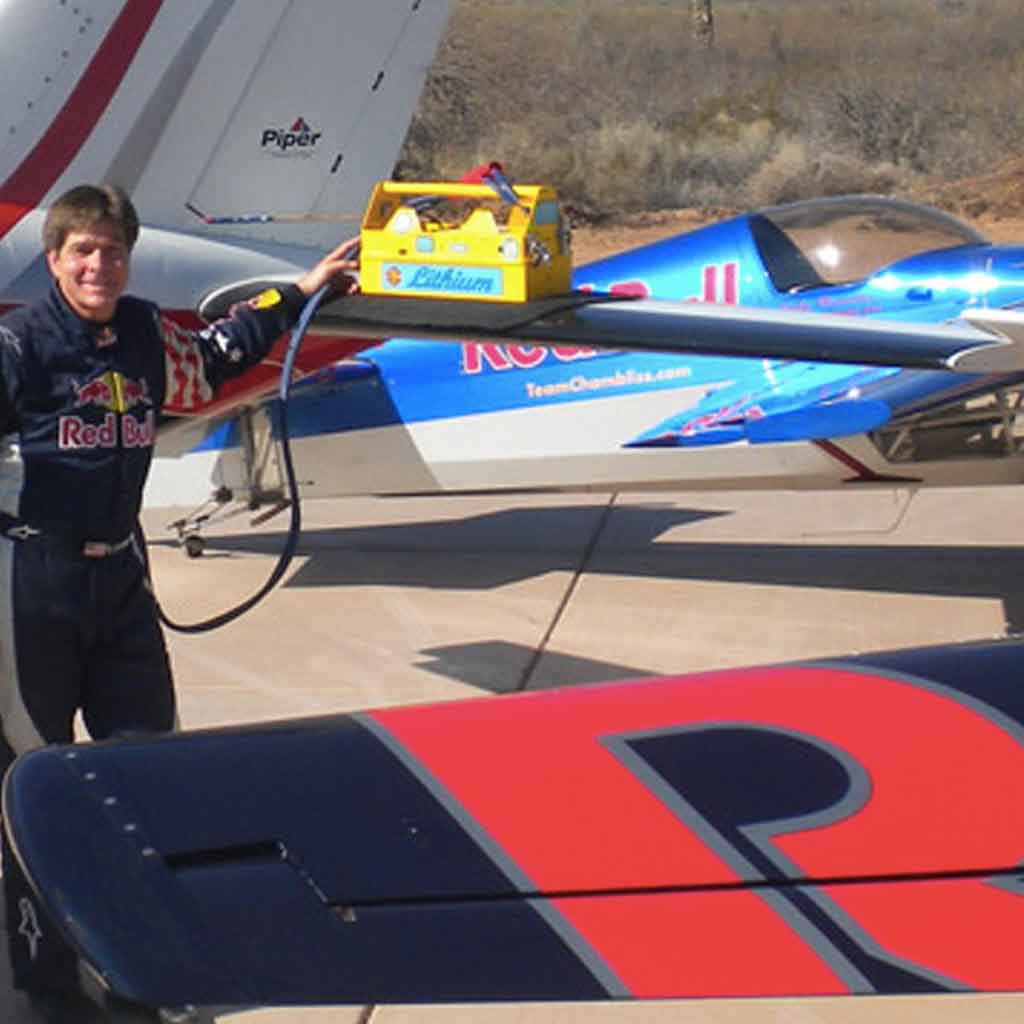